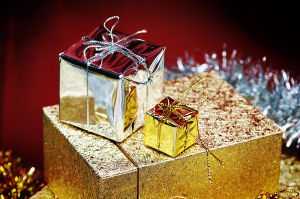 Retailers are keenly aware of the importance of the holiday season to their bottom lines. After all, “Black Friday” got its name because it was traditionally the day merchants moved into the black (i.e. profitability) as holiday shopping gained momentum. The old maxim is still accurate: holiday season sales accounted for nearly one-fifth (19.2%) of retailers’ total for all of last year, according to the National Retail Federation (NRF).

A number of trends are converging to make holiday 2014 particularly critical for brick-and-mortar retailers, highlighting the value that people counting systems can bring during this vital selling season:

● Starting with some good news, a strengthening economy has raised the NRF’s projection for total holiday spending to $616.9 billion, which would represent a 4.1% increase over 2013. If the association’s predictions are borne out, this would be the first year since 2011 when the year-over-year increase topped 4%.

● Data suggests consumers will make fewer total visits to brick-and-mortar stores than in previous years, but are likely to spend more during each visit. Retailers will need to maximize the opportunity that each store visit represents.

● The calendar taketh away (Thanksgiving is late in the month of November, falling on the 27th) but it also giveth: Christmas falls on a Thursday, traditionally the busiest shopping day of the week apart from the weekend.

People counters’ ability to calculate how many people enter the store at any given time as well as their traffic patterns and locations makes them vital tools during this season. Among other benefits, this data helps retailers optimize their labor scheduling and management, identifying their busiest departments and the peak times when checkout lanes need to be staffed in order to avoid long lines and frustrated customers.

Knowledge about when traffic peaks in various parts of the store also helps managers schedule optimal times for restocking shelves and deploying cleaning and maintenance crews, keeping aisles as clear as possible for shoppers.

Data from people counters can also guide retailers in placing promotional displays and items, which should be located in high-traffic areas to maximize their impact. Highly desirable items that customers will seek out on their own (e.g. this year’s “hot” toy) should be placed far from the store’s entrance, encouraging customers to purchase other products that they see on their way.

Given the unique nature of the holiday season, people counters also provide retailers with insights into their stores’ ability to handle their maximum number of shoppers, as well as suggesting ways to improve store layouts. For example, wide aisles encourage customers to power-walk through them to an intended destination, while narrow aisles encourage customer browsing, potentially increasing impulse purchases. However, if aisles are too narrow they can become clogged, creating an unpleasant shopping experience and encouraging customers to leave the store.

If this is the first year a retailer deploys people counters, the information they provide can establish a useful baseline for future holiday seasons. Merchants will have solid data about precisely when they will need to add staff to deal with the holiday rush, and will also be able to predict how long after the holidays the inevitable returns and exchanges will keep their stores crowded with customers. Most important, people counters provide day-by-day (even hour-by-hour) insights that can be vital to making every holiday shopper’s visit productive for them – and profitable for the retailer.