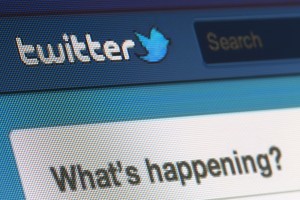 Let’s look at the future of retail. Today, technology like thermal imaging sensors and retail management software allow store owners to reduce their labor costs as well as improve their advertising and customer service. They allow brands to build loyalty by providing customers with the best in-store shopping experience possible.

However, what about what happens outside of those four walls? Brick-and-mortar retailers need to think outside the store. There’s more to optimization than state-of-the-art people counting technology and sleek point of sale systems. Brands must engage their consumers through social media to attract new customers and involve themselves in the worldwide retail conversation.

Now let’s talk about the current state of retail. Although we’re living in the age of online shopping, many retailers have yet to implement some form of e-commerce. And many brick-and-mortar retailers are skeptical that online engagement will have a significant impact on their offline, in-store sales.

Here are some statistics (from the Twitter team themselves) that demonstrate this phenomenon.

Richard Alfonsi, Twitter’s Vice President of Global Online Sales, wrote about the rise of the social medium in the retail sector on their advertising blog. He discussed the results of a recent survey about Twitter’s role in the retail experience.

“I shared how 200 million people around the globe log in to Twitter every month,” Alfonsi said on the blog. “These users send 400 million Tweets every day. And retail is one of their favorite interests.”

He shared these findings at the 2013 NRF Convention, explaining that retail and shopping conversations on Twitter increased by 60 percent from 2011 to 2012. His NRF speech was also quoted on Twitter’s Small Biz account (@TwitterSmallBiz): “The future of retail isn’t about (technology), it’s about humanity. It’s about moving people not product.”

Jonathan Stringfield, a researcher for Twitter, wrote: “Brands also turn to Twitter throughout the year. Since last September, the number of retailers on our platform increased by 1.9X. They use Twitter to connect with shoppers talking about products, deliver relevant offers and monitor shopping trends in real time across retail categories.”

A recent study found that among its respondents, Twitter affected every stage of their shopping process, from product awareness to post-purchase evaluations.

People use Twitter to determine which stores they should visit and, while they are in the store, determine which products to buy. When they’ve completed their purchase, they turn to Twitter again to talk about their new item.

Still skeptical? Here is further proof that Twitter is a valuable resource for retailers in 2014.

Twitter asked Datalogix to conduct a study for 35 brands to measure the impact of both organic and paid Twitter activity on offline sales. The brands studied were retailers of beverage, food, wellness, household products, alcohol and more. Here’s what they found:

How are you going to use Twitter to boost your offline sales in 2014?