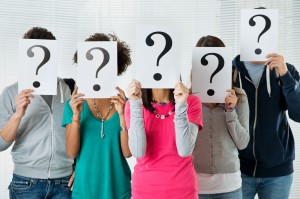 State governors are beginning to unveil their budget plans for 2014. Although things are looking up from last year for higher education budgets, universities are still expressing concern about their ability to provide for their students.

Earlier this month, California Governor Jerry Brown announced that his budget plan would include a $142 million increase to the University of California as well as state Universities. But he has a few conditions: that universities show measurable evidence of improved student success and promise not to raise student fees.

While Brown’s budget plan is a step in the right direction, a few problems remain. For students, tuition is still high. For universities, there is increased pressure to improve campus resources and undo the damage caused by the last few rounds of budget cuts.

Tuition has risen at universities across the country since the recession hit in 2007, so students and their families fear they will continue to struggle with the same financial issues in 2014 that they have been plagued with for the past five years. They have been financially burdened by both high tuitions and several years of schooling.

Brown said state schools aren’t graduating their students quickly enough; some students need several years to complete their degree. This growing trend is due to students not having enough money to pay full-time tuition, having to work part-time, certain classes not being offered every, and/or programs being cut. To speed up the graduation process, Brown suggested that schools be more flexible, offering online courses and other options.

His statements could be disconcerting for some universities – especially those that were already been struggled to provide for their students without the added pressure to speed up the graduation process.

He pointed out that, aside from California, tuition in Arizona has gone up more over the last five years than any other public university system in the U.S. He also stressed the importance of educating students so that when they enter the workforce, they are able to complete “high tech, high-paying sustainable jobs.”

Campbell believes universities are not to blame. “They have done what they needed to do because I don’t think we’ve done our job,” he said.

Long story short: it isn’t time to celebrate just yet. On one hand, high tuition puts pressure on universities to make sure students are getting their money’s worth – to provide more resources, classes and services. On the other hand, even if universities are able to improve student success, students and their families will still struggle to pay tuition.

Not to mention, in general, university enrollment continues to increase. Many universities in the U.S. need the extra money to accommodate their influx of new students each year, in addition to maintaining or improving their educational offerings.

People counting systems allow universities to keep a close eye on their tight budgets while still providing exceptional service to their students. They also allow schools to saving money on labor and supplies and increase profits by determining the most profitable areas on campus.

Universities can install people counting sensors above doors, hallways and seating areas in campus buildings to track the amount of people who enter and exit each day. These numbers are sent to a central system, where the information is consolidated into a meaningful report showing how many people visited the building in a given period of time. These numbers can then be used to determine an appropriate number of staff members, building hours, supplies and resources to ensure that universities are only spending as much as they need to.

In 2014, every little bit will help for universities.