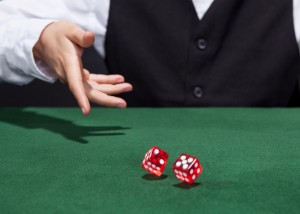 Native American casinos haven’t become a thing of the past just yet, but their revenues seem to be at a standstill.

According to the Casino City Indian Gaming Industry Report, Native American gaming slowed nationwide in 2012. They reported less growth than commercial casinos, which grew 8 percent nationwide. Specifically, revenue at all of New York’s eight Native American casinos slipped about one percent. Despite this decrease, New York gaming officials have unveiled plans to add new casinos in different regions around the state – and other states could follow this pattern.

Casino operators, take note: the Northeast is arguably the most competitive gambling region in the U.S., so the effects of this expansion could be indicative of effects that would happen in other areas.

Experts speculate that building new casinos in a time when casinos are already at an economic standstill could go one of two ways:

The two scenarios mentioned above could be “make or break” for Native American casinos – and there is a lot at stake. The revenue earned from Native-American owned gaming facilities is used to fund tribal operations, provide for the general welfare of their tribe, promote economic development and fund the agencies that provide services to the tribe. Many Native American charitable organizations are funded with gaming money as well.

Casino earnings are important to the well-being of the members of each tribe. The state has already started moving forward with its plans to build new facilities, so where these properties are placed could have a huge impact on the future success of the Native American-owned casinos and how their programs are funded.

As mentioned, expansion could make or break a Native American gaming region. It’s important to evaluate whether or not there is enough demand in each region to support the addition of a new facility. Employing a people counting system can help facility managers determine how much foot traffic a casino is getting and what its busiest days and times are.

Once you have this data, you can assess the effects of an expansion.

This data can be used to protect the facilities that are already in place, as irrefutable facts as to why opening a second casino in an area that already doesn’t have enough business is a poor decision.

If business has taken a tumble at one of the casinos to the point that it’s in jeopardy, the casino’s ownership can also use a people counting system and traffic data to take action and improve.

First, the casino can consider a marketing plan that would help draw in new and existing customers.  Implementing a series of incentives to get people into the door may help boost revenue. For example, offering a “stay two nights get one free” may draw in people and convince those who were already going to stay two days at the casino hotel to stay a third and spend more money.

But pouring money into a marketing plan is a bad idea without testing its level of effectiveness. Coordinating the people counting data with the marketing plan will help casino leadership see what strategies are effective and which are not, so valuable marketing dollars are not wasted.