Skip to content
888-815-6568 | Outside of USA: 412-428-0098
Facebook Linkedin Twitter
Sign Up For Newsletter | Customer Login
Table of Contents
A school librarian’s mission
School libraries’ place in the digital landscape
Importance at all learning levels
Sustainability through financial investment 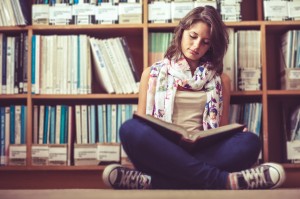 Across the US, schools just finished celebrating National Library Week, which took place this year from April 13-19. It’s a critical time for school libraries, as districts are scrutinizing their budgets more closely than ever before, looking for dollars to trim. Libraries may have been celebrated last week, but many library professionals believe the institutions are still underappreciated in society.

A column written in the Huffington Post last year by Maureen Sullivan, then-president of the American Library Association (ALA), said that school librarians do more than read to children and help them check out books—time spent in school libraries empowers “all our children to access, evaluate and use information for academic and personal learning—this is the critical mission of school libraries and librarians.”

As society continues to embrace digital learning tools, libraries continue to be threatened. Rather than having an “out with the old, in with the new” mindset, library professionals argue that physical and digital learning resources can be used in conjunction to strengthen student understanding.

Sullivan was concerned that school officials may not realize how important a role libraries and librarians play in shaping a student’s ability to succeed in an increasingly digital landscape. Just a few days ago, the 2014 president of the ALA, Barbara Stripling, wrote a follow-up to Sullivan’s column. In it, Stripling writes, “we are facing a serious threat to school libraries.”

Across the country, cuts are being made to districts in several states, including New York, Illinois, Pennsylvania and Connecticut, among others. In Los Angeles, there is a school district where students cannot check out any books because budget cuts have forced half of the district to eliminate their librarians and aides.

Importance at all learning levels

Libraries on the elementary, middle and high school levels all play a critical role in our children’s development. Sullivan detailed why our elementary school libraries are important and Stripling notes that all school librarians help prepare our children and teach them the skills they need to learn, develop their own talents and ideas and get ready for higher learning. At the college level, librarians are even more critical, because they pick up where school librarians left off and help students on the path to completing their college degrees by assisting with studying and research projects.

Stripling asserts that “the library ecosystem must be sustained with the level of financial investment necessary to support the learning needs of everyone in the community.” But how? Librarians know full well that budget money doesn’t grow on trees.

As mentioned, there is a correlation between school libraries and student performance. By proving the value of their resources, libraries can make a case for more staffing, more resources or a budget increase. Libraries can employ data-driven technologies, such as people counting systems, that track the amount of students who use the institution’s resources. These counts can even be used in conjunction with student scores to illustrate the benefits of an adequately-staffed institution.

This data-driven approach could help libraries strengthen a districts’ position that library resources are critical and should not be cut come budget season.