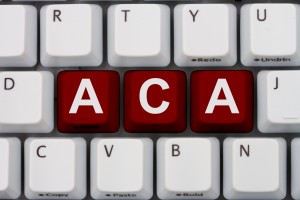 According to the American Library Association, there are more than 120,000 libraries in the United States. Libraries date back to 2600 BC, when resources were clay tablets written in cuneiform, one of the earliest known forms of writing – we’ve certainly come a long way since then. Today, libraries serve nearly 1.6 billion visits and lend books approximately 2.4 billion times.

Public libraries serve as community centers for classes, book groups and students looking for a place to do research and study. They also fill a critical need in many of the communities they serve. People living at or below poverty level—mainly young adults or senior citizens—go to the library to use the Internet to search for a job, read the news, apply for government benefits or research medical care.

In fact, 62 percent of libraries cited in a recent survey say they are the only source of free Internet in town, drawing a crowd and straining the efficiency of the library’s network.

The cost of running our library system, according to Forbes Magazine, is less than $50 per person each year. If the cost seems low, that’s because it is. So low, in fact, that there may not be enough money to go around very soon.

A recent column written by Carolyn Anthony, president of the Public Library Association and director of the Skokie Public Library in Illinois, helps to spotlight the financial concerns facing public libraries.

Anthony noted that people depend on their library not only for books and other written or audio/visual materials, but also as a source for information, a place to go for computer classes and get help filing government forms or pay taxes.

Despite the increased role libraries have taken on, they’re being forced to do more with less. Anthony points out that more than 40 percent of states have received less public financial support for their libraries, funding that has slipped by nearly $40 million since 2010.

Effects of the Affordable Care Act

The Affordable Care Act (ACA) is the nation’s health reform law enacted in March 2010 by the Obama administration. It aims to expand health coverage to 25 million Americans, increase benefits and lower costs for consumers, provide funding for public health and prevention, and support health care and public health workforce and infrastructure.

Since the creation of the ACA, libraries are seeing their resources being stretched once again. The website went live in October, so people have been heading to their local libraries in droves to use the computers to learn more about the law and apply for coverage.  Libraries have had to draw from their savings to cover the additional resources needed to meet the new demand.

In order to keep their doors open in the communities they serve, libraries need to raise additional capital in their budgets and fight the cuts that are being made on the state and federal levels.  This means additional taxes for the local towns that have to vote for the library budget, and no one is in the mood to pay more taxes right now. This is especially true of people who either don’t use the library or have only been there a handful of times.

This is a tough task—so it helps to have some hard evidence to show why you need additional funds.  Using a people counting system, and compiling accurate traffic counts of how many people are coming into the library to research the Affordable Care Act and other important information, can help justify requests for additional resources to serve these patrons.

This empirical evidence will show how many people the library serves and how this number has risen over the few months or years.  Once a library has an idea of how many people it has served over it a set period of time, the facility can take the data and create projections for the future, which will help bolster a case for an increase in local funding to raise additional money for the library. It will also strengthen the request on a state or federal level for additional aid, or at least fight against proposed cuts.