Skip to content
888-815-6568 | Outside of USA: 412-428-0098
Facebook Linkedin Twitter
Sign Up For Newsletter | Customer Login
Table of Contents
What is Organized Retail Crime?
How much is it costing retailers?
How can it be avoided?
Retailers Are Fighting Back 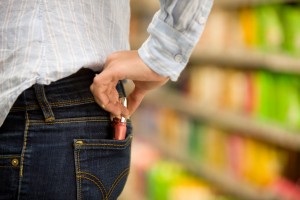 Retail crime gangs are responsible for the theft of billions of dollars’ worth of merchandise every year. The 2013 National Retail Federation’s (NRF) Organized Retail Crime (ORC) Survey of 129 senior loss prevention executives at retail companies revealed that 93.5 percent of retailers say they were a victim of ORC over the past year. Even more problematic, eight out of ten respondents believe that ORC activity has increased over the last three years.

What is Organized Retail Crime?

So what are these people looking to steal? You may be surprised to hear that it’s not big ticket items like TVs, it’s everyday things like baby formula, laundry detergent, energy drinks, high-end denim, allergy medicine and cell phones.

These gangs take their ill-gotten merchandise and sell it online—a practice known as eFencing– or at a physical location, called a fence. Caveat emptor—let the buyer beware—because according to the FBI, thieves will often change expiration dates on stolen medicines or sell items after storing them improperly, putting innocent consumers at risk.

In addition to physical merchandise, a new, and more troubling practice reported by 77.8 percent of respondents is people who return stolen merchandise without a receipt in exchange for a gift card. This credit is then sold to secondary markets like pawn shops, check cashing stores and kiosks.

The top locales for organized retail crime are:

How much is it costing retailers?

These losses amount to $30 billion each year, according to the NRF. That kind of cash could buy you XM Radio, Lucasfilm, YouTube, Instagram, Tumblr, the LA Dodgers baseball team, Pixar and Skype — and you would still have a billion dollars left!

How can it be avoided?

These crime rings are confident, brazen operations—they are not nervous beginners that are easy to spot. Cameras do not deter them, in fact, they know they are on camera, where the cameras are located and they also know that no one is going to sit and review all of the recorded footage to try and catch an alleged thief.

“Well,” you may think, “if I see someone acting suspiciously in my store, I will ask to look in their bag before they leave.” This would eliminate a lot of problems, but the law prevents you from accusing someone of stealing or asking to check their bags. So what’s a retailer to do?

A people counting system is a good defense against ORC. People counting will help you maintain an adequate shopper-to-associate ratio, especially during peak times, sales and the holiday shopping season, so you can ensure that every customer is receiving assistance or being watched.

If your store has a fitting room, you need to be extra vigilant, because many of these crimes can happen when the fitting room is left unattended. Having a staff person or two at the fitting room monitoring the number of items and distributing numbers specifying what is behind closed doors is extremely important in deterring theft.

Ten years later, organized retail crime gangs are still going strong and threaten retailers of all sizes, to the tune of $30 billion in losses a year. According to the National Retail Federation’s 10th annual Organized Retail Crime Survey, eight out of 10 retailers reported that they have been a victim of ORC in the last year.

So what did we learn from this year’s survey?

Retailers Are Fighting Back

Organized retail crime continues to evolve—thieves are becoming more sophisticated and brazen, so retailers have been investing more resources into fighting this phenomenon.

Seventy-four percent of the executives surveyed said they were investing more resources, including additional staff to help monitor the sales floor and dressing rooms. Even more encouraging, 34.7 percent say they are investing in better technology. This technology includes people counting systems, which is a great defense against ORC. People counting helps you maintain an adequate shopper-to-associate ratio, especially during peak times, sales and the holiday shopping season.

Investing in or upgrading your current technology is a wise move and one that will likely pay off in the future. Additional manpower means another set of eyes on the fitting room, where many of these crimes happen when the rooms are left unattended and on the sales floor, which is great. But a people counting system is always paying attention, it’s never distracted, calling in sick or chatting with a friend.